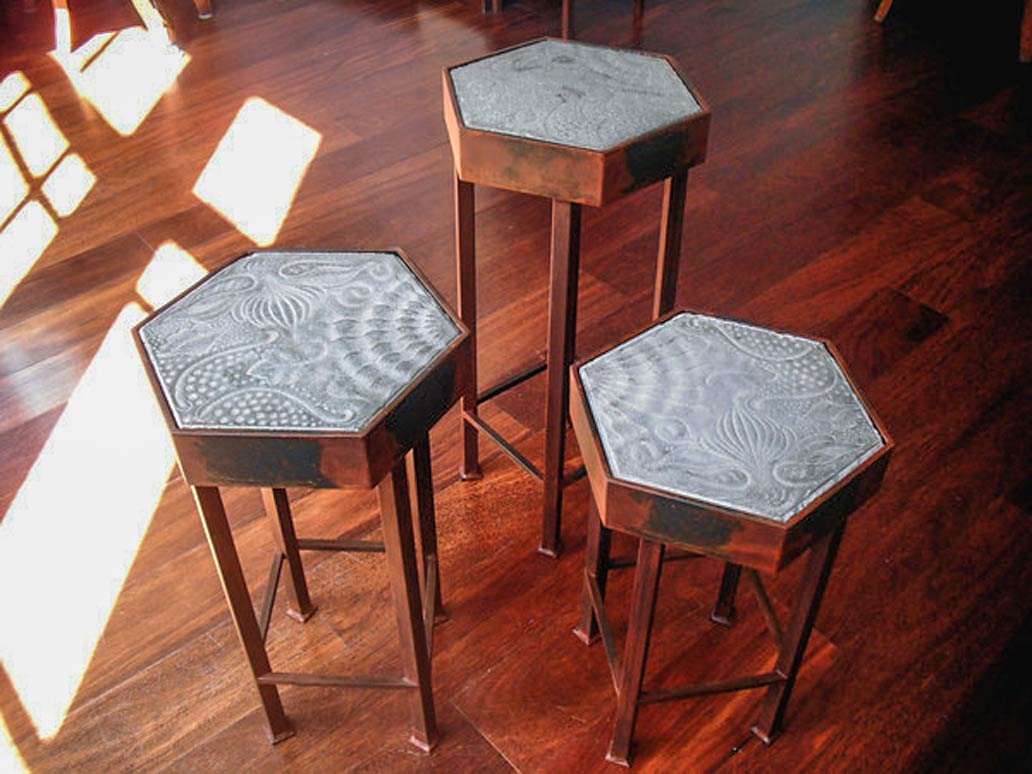 I will never understand the idea of the nesting tabouret. According to Wikipedia the tabouret was designed for the court of Louis the 14th. Apparently these stools were created to support the bottoms of high ranking members of the royal posse whilst they hung out with the King whilst he did King like things in the throne room. Ok that’s fairly straight forward but what’s the deal with the nesting thing? OK I can see how you might want to stack stuff to save space but nesting tabourets as stools that go from oddly high and uncomfortable to just a little ways off the floor would cause your average lady in waiting to squat like a baboon about to make a poopy is just damn funky ergonomics.

Get at the Gin and Tonic

Anyway these are neither stools not no they nest but they we commissioned to be at 3 different heights. One just high enough that a toddle can easily get at the Gin and Tonic, the next at height appropriate for slamming a set off keys on and announcing loudly that you have returned to the casa and a third at an altitude just right for the family Rhodesian Ridgeback to snag of all sorts of fancy aperitivos.

Of course they are made from our “stolen from Passeig de Gracia” Gaudi designed paving stones. We aim to please.