Did we mention we were in the press?
CoilPC309MB
0 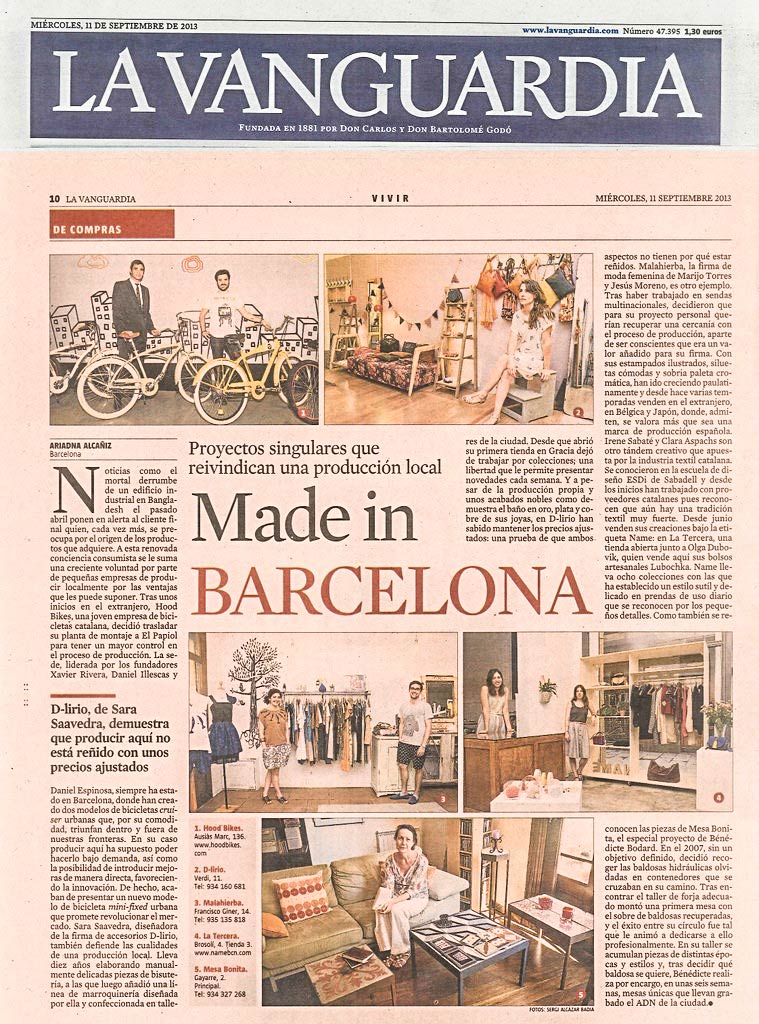 Sort of like being in the New York Times Sunday Magazine. We'll ok... it's pink. It's a lovely article. Thank you La Vanguardia.

Sometimes the stars align and everything just clicks. We had a visit from Ariadna Alcañiz who is a reporter from La Vanguardia, Barcelona's excellent daily newspaper. It seems as though Mesa Bonita is going to be featured in the Sunday Magazine at some point in September. Thank you tile Gods! More to come.